A WALK AROUND PERRANUTHNOE IN WEST CORNWALL 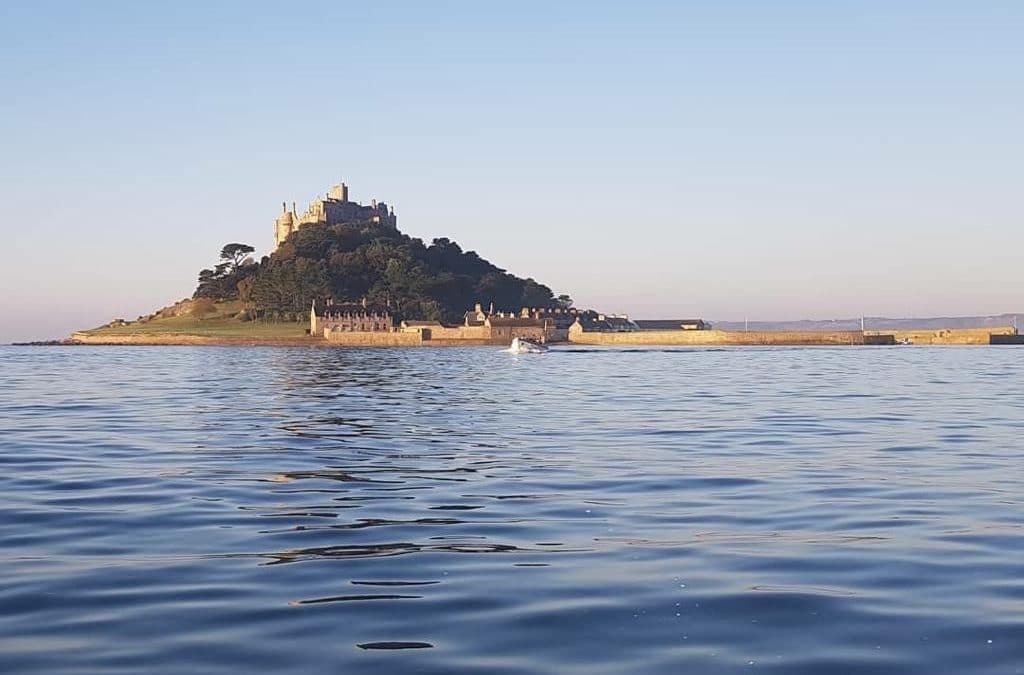 A short circular walk around Perranuthnoe in West Cornwall

This walk has some stunning views over Mounts Bay and St Michael’s Mount. It’s an easy walk which can be shortened or lengthened depending on how you are feeling on the day! 😊

From Perranuthnoe church, follow the narrow lane behind the old Vicarage. An old mining track leads up through the last of the houses.

There is a style on the left hand side to the path down into the field.  Follow the side of the field over the next granite style, then the path dips down towards a smallholding. This walk can be extended to walk to Marazion from here. Just walk straight on and then circle back to Perranuthnoe via the coastal footpath.

Or you can turn left here to emerge above the pebbly Trenow cove where the Penzance Coastguards can often be seen practising their cliff rescue drills on a Summer Evening.

Walk up from the cove back towards Perranuthnoe heading East, to continue along the unmade lane.  You could continue up this lane back to the village or turn right (seaward) along the track to pick up the South West Coastal footpath back to the beach car park.

The low earthy cliffs are close to the sea here and you will pass Boat Cove below you where you will often see Seals and Sea birds bobbing in the surf.

Along the way, below a granite outcrop, there are two benches. One facing St Michael’s Mounts and one facing towards Cudden Point. The path continues beside the fields to Perranuthnoe Beach.

These routes are the ones miners would have travelled between the mines and would have been used by the farmers and fishermen on their way to work too.  The local militia and the excise men patrolled them too looking out for smugglers and pirates alike!

The Barbary Pirates from North Africa were greatly feared as they often raided the Cornish coastal villages in this area, to snatch men and women, boys and girls as white slaves, to take home to build the grand Moorish castles and palaces of Morocco.

Any cookies that may not be particularly necessary for the website to function and is used specifically to collect user personal data via analytics, ads, other embedded contents are termed as non-necessary cookies. It is mandatory to procure user consent prior to running these cookies on your website.